Longtime Las Vegas resident Nate Wingfield hails from Philadelphia, PA and started his pro career at the age of 14. Through his long, successful career he has played with Evelyn "Champagne" King, Brian McKnight, Phyllis Hyman, Jackie Jackson (Jackson 5) and Irene Cara - to name a few.

After Nate produced dance-artist Shannon's "Let Me See Your Body Move", he worked in the studio with Hip Hop artist Africa Bambatta and toured with Kurtis Blow. Nate is currently the lead guitarist with the Family Stone which is led by the founding members and Rock and Roll Hall of Famers Jerry Martini and Greg Errico (and the late, great Cynthia Robinson) of the legendary group Sly And The Family Stone.

Nate was also a member of the Las Vegas Allstars which was the house band at BB Kings Blues Club Las Vegas where they backed many musical greats including BB King, Buddy Guy, Robert Cray, Willie Nelson, Steve Cropper, Lee Ritenour and more. He has also played with some of the top Casino acts in Vegas, while also acting as Musical Director for several popular Vegas shows.

Nate has released CDs of his own including Rhythm Tree, When Love Is Pure and Mystery Dance which display his various musical styles. Nate lives for music played from the heart and syncs best with musicians who are not afraid to think outside the box. He looks forward to the music industry’s return to the heart and soul of "just good music".

​Also on this EP, "Walk On" features backgrounds from vocalist extraordinaire Cookie Watkins- who is most renowned for her role as Tina Turner in both the Las Vegas Strip's long-running "Legends In Concert" tribute show and in her own sensational 90 minute Tina tribute:  "Tina Turner", which has been touring globally for the past several years.  Trumpet on "One For My Baby" is beautifully performed by Canadian-born Sébastien Jean, who is currently a featured band member in the popular Cirque Du Soleil show "Zumanity" on the Vegas Strip. 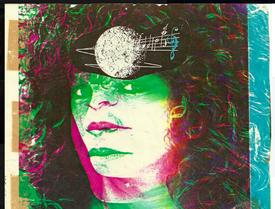